You are here: Home / book activity / Who is Viola Desmond? Teaching Kids About Civil Rights in Canada
468shares

It’s 1946 and you want to go to see a movie. The theatre is in the town of New Glasgow, Nova Scotia. Seems simple enough. What if you are a black woman? What if the woman in the ticket window told you that you can’t have a seat on the floor, you have to sit in the balcony. What would you do?

If you were Viola Desmond, you would buy your ticket for the balcony and take a seat in the floor section. You would stand up for what you think is right and you would awaken a country to the ever present discrimination against black Canadians.

Raising empathetic, open minded and respectful children isn’t as difficult as you might think. Introducing children to people who have fought discrimination, who have had an impact on the lives of others is one way. As a part of the Multicultural Kids Black History Month series we decided to explore the life of Viola Desmond. When embarking on this biography project we wanted to learn who Viola was, what was the significant event, what was the impact at the time and what is her legacy. Here is what we uncovered.

Who is Viola Desmond?

Viola Desmond was born in 1914 in Halifax, Nova Scotia. When Viola graduated from high school she wanted to attend a beautician school in Halifax. However, because she was of African descent she wasn’t allowed to attend the school. Viola made the decision to head to Montreal to attend school – she also travelled to Atlantic City and New York to pursue her education. When Viola finished her education she returned to Halifax where she opened a very successful salon. In the coming years, Viola opened The Desmond School of Beauty Culture – providing black women with a school option on Canada’s east coast. Viola was quite the entrepreneur, and launched a line of beauty products Vi’s Beauty Products.

What was the significant event?

In 1946, Viola’s car broke down while she was travelling through the town of New Glasgow, Nova Scotia. While her car was being worked on, Viola decided to see a movie at the local theatre. Although Viola had enough money to purchase the main floor ticket, she wasn’t allowed to – she was only allowed to sit in the black’s only balcony. Viola refused to sit in the balcony and chose to take a seat in the main floor area. She was forcibly removed from the theatre, carried off to jail and charge with tax evasion. Viola paid the fine because she simply wanted to get home to Halifax.

What was the impact?

When Viola returned home she met with her church and her family – Viola decided to appeal the courts decision. She appealed the conviction to the Supreme Court of Nova Scotia. Viola’s story drew the attention of the public in Nova Scotia and across Canada. Although she lost the appeal, Viola’s story grew and started discussions about discrimination against black persons and segregation in Canada.

What is Viola’s legacy?

In 2010, the government of Nova Scotia granted Viola Desmond the first ever posthumous pardon. The also offered an official apology to Viola’s family for the error of justice. In 2010 a Viola Desmond stamp was released by Canada Post. In a most significant recognition of Viola’s impact on Canada 2018 will see the introduction of Viola Desmond on the Canadian $10 bill. Viola will be the first person of colour on Canada’s currency and the first woman, other than the Queen, to grace our currency.

Viola Desmond’s Canada: A History of Blacks and Racial Segregation in the Promise Land by Graham Reynolds

Today’s post is part of the annual Black History Month series and giveaway. Please, take a read through the posts that have been shared – exploring the rich history and cultures of Africa and African-Americans. Be sure to enter our giveaway below and follow our Black History board on Pinterest

BE SURE TO SUBSCRIBE TO KITCHEN COUNTER CHRONICLES TO HAVE OUR DELICIOUS RECIPES, FUN CRAFTS & ACTIVITIES DELIVERED DIRECTLY TO YOUR INBOX.

Previous Post: « How to Make a Toad in a Hole
Next Post: Polar Bear Activity : Melting Sea Ice » 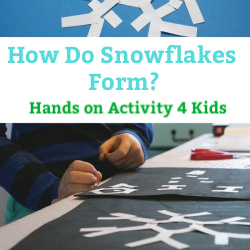