You are here: Home / craft / Make a 5 Little Pumpkins Felt Play Mat
300shares
My eldest daughter was in junior kindergarten when she first learned a festive Halloween song “5 Little Pumpkins”. She loved the hand actions that went along with the song and it quickly became a family favourite. So, when I was thinking about making a new Halloween craft for the kids I took my inspiration from this song.

Disclosure: There are Amazon Affiliate links in this article which means, at no additional cost to you, we could receive compensation for our recommendations. You can read our full disclosure policy on our Disclosure Page for more details.

Even after all these years we still are in the habit of singing the song. If you have a preschooler or a child in kindergarten then you might be familiar with this song by Raffi. We love the recorded a version on his 1996 album Singable Songs Collection.
We decided to take the song to the next level and create our very own 5 little pumpkins felt play board. My daughters have a couple of different felt story boards. These boards allow them to use their imaginations and play independently…which I love!

Cut the brown felt into the shape of a tree, for on top of the hill. Draw the fence, or “gate” on brown felt, cut out and place in front of the hill. Then, cut the cloud and moon out of white felt.

For the 5 little pumpkins

First, trace the pumpkin shapes on orange felt and cut them out.

Next, cut small triangles in black felt for the eyes and noses for the jack o’lanterns. Cut the smiles out of black felt…my daughter designed all the smiles.

Glue the eyes, noses and smiles onto pumpkins OR use thread to sew pieces together (I used thread)

For the Witch, Clock and Running Shoe 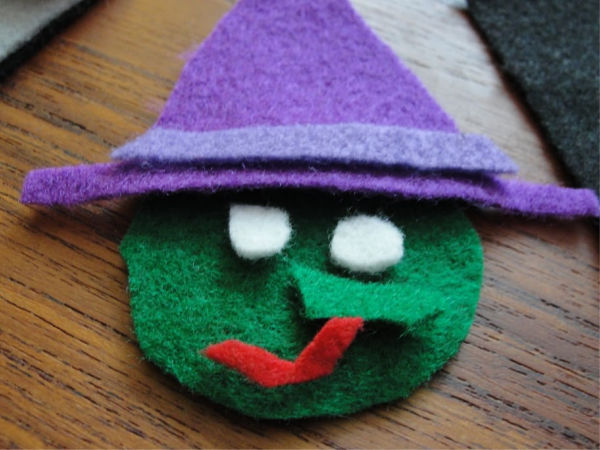 This felt board is going to be played with and loved. We already have plans to modify the board for a winter version of the song. Think snowmen, reindeer and Christmas lights.

Now, I have thought about mounting the background on a piece of cardboard, but I like having the ability to simply roll everything up inside the background, wrap a ribbon around and easily store the felt board.

This simple scene took me a couple hours to make (if you use glue it will be faster than sewing), but I can see that it has opened my daughter to a little world of imaginary play…well worth the effort.

Use old newspaper to create a fun pumpkin garland 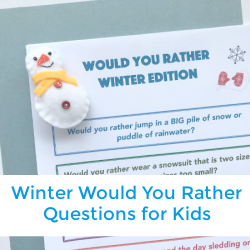