You are here: Home / fall / Who are you remembering today? 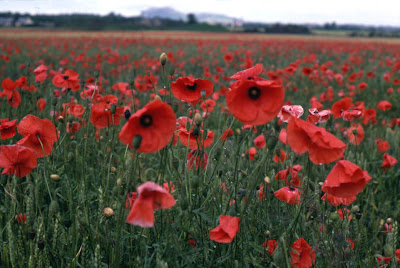 My grandfather was a veteran of WWII, as was my husband’s grandfather. My grandmother’s stories of working in the munitions factory during WWII are fascinating…she remembers all the steps involved in making bullets. However, my father and mother were never in the military. Growing up our summer vacations always included a trip to either a war memorial or an old fort. My father knows almost everything there is to know about the war of 1812, WWI and WWII. It’s quite amazing. The effect on me however, has been that the majority of wars were fought a long time ago and by people I never knew. These trips locked “war” in a olde time place in my mind.

That was until the Gulf War happened. I remember I was in high school at the time. It was all people were talking about. This was the first war to hit my generation. (Remember this is all my personal account of things, not necessarily the most accurate account…forgive me) I was a teenager and it was the first time since the Korean War, in the 50’s, that Canada had been involved in offensive combat military actions. The Canadian Military has taken part in many peacekeeping operations, but not combat. It was a little scary at that time. War and the politics of war were the chatter everywhere. 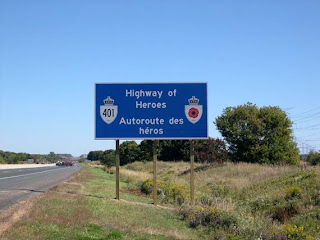 In recent years, war has become a norm of sorts. I mean, really. While Canada isn’t always involved…instant access to global information has meant that everyone, everywhere knows of even the smallest of battles. Canada’s involvement in the war in Afghanistan has lead to a major stretch of our largest highway, the 401, being renamed the Highway of Heroes. This portion of the highway is the route taken by the vehicles carrying fallen soldiers, with his or her family. Highway of Heroes begins at the CFB Trenton and ends at the Centre for Forensic Sciences in Toronto, coroner’s office. Large groups of people gather on the highway overpasses to pay their respects whenever a soldier is passing by. I have never witnessed this event, but I understand it is an incredibly emotional experience.
This Remembrance Day I will be remembering those who have passed and remembering what they ultimately fought for…peace. I will remember my grandmother’s stories and the old photographs of my grandfather posing proudly in his military uniform. It is my true dream that my children will never know of war. I would love it if all they know of war is found in history books and museums. This Remembrance Day I will take my moment of silence to hope with all of my heart that peace can be found in every corner of the world.