You are here: Home / Uncategorized / Green Life = where do you live? 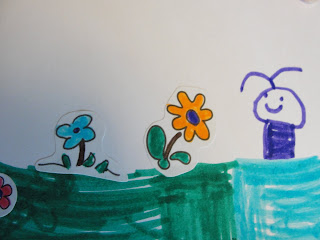 We have lived in the Beach (Toronto) on and off for the last 12 years. Way back in the 90’s, we rented an apartment in the Beach for 5 years. Then, when it was time to purchase our first home, we bought in the suburb of Ajax. The neighbourhood was near the lake and it was a lovely new home. We were so excited to pick all the finishes and watch our house grow from a dirt pile into a two story detached home…with a garage! Sadly, we lasted in that house for about 2 years. We packed our bags and moved back to the Beach.
What went wrong? Why couldn’t we survive in the ‘burbs? Simply put the ‘burbs didn’t work for us. Obviously, living in a suburban are does appeal, and work, for millions of people. However, we quickly discovered that we missed our old ‘hood.
Living in our lovely new home was a new adventure. However, we noticed that nothing was within walking distance…nothing. I had a new baby and had to hop in my car to go get a bag of milk. Pretty inconvenient. Of course when I hopped into my car, so was everyone else…traffic was a mess. Also, had we stayed in this home, our daughters would be bused to elementary school…which did not appeal to us. This goes against traditional thinking. We idealized life in the suburbs as being peaceful and quiet. We found the opposite. Too much time spent in the car…stuck in traffic.
Another issue we ran into was owning a house that was FAR too big for us. We did not need 3 bathrooms. I was cleaning dust out of bathrooms we never used. Who wants to clean three toilets when they don’t really need to? 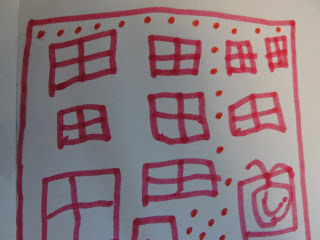 So, what does this have to do with living a “green” life? An article in the Toronto Star caught my eye recently. It mapped out the biggest greenhouse gas emitting communities in the GTA (Greater Toronto Area). Turns out that the suburbs is the land of greater greenhouse gas emissions…the City of Whitby being the worst. The report was called Cities and Greenhouse Gas Emission: Moving Forward, and was sponsored by the World Bank. The study included in the definition of “greenhouse gas emissions”; total building operations, electricity use, building fuel use, transportation and transit.
It seems that our personal observations were supported by this study…too much time spent in the car and large homes were the major contributors to the high scores. Having to commute to work, school and the grocery store leads to a greater dependency on cars and more carbon emissions. As well, larger homes means using more heat, electricity and water…all increasing the carbon emissions.
How do we fix this problem that plagues not only the suburbs…but the city neighbourhoods too?
One solution, adopted by the Planning Department in Toronto, is to intensify development in our cities. Thus, the numerous condos popping up in the downtown core of Toronto. By increasing the number of people living and working in the city we decrease the need for long vehicle commutes. Along these lines, we can also focus on bettering our mass public transit. If public transit systems are seamlessly linked people living in the suburbs have viable options. This is where MetroLinx comes into play. MetroLinx hopes to implement a system that would see your GO train ticket linking with your TTC ticket…but it’s taking a LONG time to implement this system. Check out this link to Presto Card to see the latest developments.
If you are looking for ways that you can make a difference to the carbon footprint of your neighbourhood here are some simple steps to take
use public transit, when possible
aim to work in a close distance to your home…if possible
walk whenever and wherever possible…get to know your local merchants
be conscious of your water consumption and electrical consumption at home and work
We live in a vast and beautiful country. Part of the beauty lies within the small suburban communities that dot our landscape. By simply raising our awareness of these issues we can all work to help cities and our suburbs coexist in a responsible and environmentally conscious way.
** information sourced from torontostar.com
Previous Post: « International Women’s Day
Next Post: March Break – to do list »